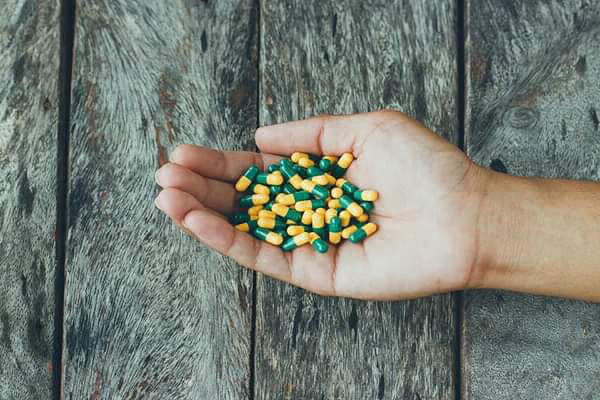 DRUG USE ABUSE AMONG ADULIS

I will heal your wounds..."

Prologue One: "All medicines are drugs, but not all drugs are medicines" - Peter Parish.

This subject Can also be conjugated into:

DRUGS ...Natural or synthetic substances which (when taken into a living body) affects the body's functioning or structure, and is used in the diagnosis,mitigation, treatment,

or prevention of a disease or relief of discomfort. ."

MEDICINES "..are drugs prepared in specific dosage forms (liquid,solid,semisolid) quantifying the right amount of drug for achieving a therapeutic outcome.

A drug is the basic chemical entity in a medicine; in short, it is the drug that shows the results, or treats the ailments .."

.A medicine made without incorporating any drug is called a placebo. This placebo is still built with the usual pharmaceutical ingredients like binders, diluents,sweeteners, etc, but, as long as it contains no drugs, it cannot be called a "medicine".

FOOD. What is Food?

"Food is any substance consumed to provide nutritional support for an organism. It is usually of plant or animal origin, and contains essential nutrients, such as carbohydrates,

The substance is ingested by an organism and assimilated by the organism's cells to provide energy, maintain life, or stimulate growth..."

Every doctor - even professors of Medicine- used ONLY NATURAL DRUGS for ALL medical purposes until just less than a century ago. No tablets, no capsules, not to talk of Injections and Infusions; in fact, the first injection was "discovered" in just 1928 -- a mere 90 years ago, and arrived the world's markets just after World War II, that's only some 70 years ago!

Drugs dispensed in their pure, natural state-- nothing added, nothing removed. They could be Fresh or dried, but must come only directly from plants, animals or any other natural sources. Eg ..Aloe vera, Bitter kola, Bitter leaf, etc.

Most crude natural products could also serve as food materials.

Natural drugs that have been worked upon to emphasize the functionality of only a few component parts. They are usually formulated as Tablets, Capsules, Liquids, powders but they usually parade one single drug entity. ... eg Aspirin, Quinine, Artemissin, Natural Ascorbic Acid(Vitamin C), from Citrus plants, ..

. Many of these can also be synthesized.

Drugs that are deliberately constructed by man, usually from petroleum products, or other biochemical substances. Even natural products can sometimes serve as the primary raw material for drug synthesis. Eg Paracetamol, Most Antibiotics, Chloroquine, ...

No clear- cut standard definitions for these latter ones. They are mere geographical/environmental interpretations for the three main drug groups outlined above. In many cases, many "Alternative" drugs of yesterday have continued to become the cornerstone of "Orthodox" Medicine of today.

Genuine Drug-- one that contains the full complement of the drug ingredients it is shown to contain. No more, no less.

" A counterfeit drug is a pharmaceutical product which is produced and sold with the intent to deceptively represent its origin, authenticity or effectiveness. A counterfeit drug may contain inappropriate quantities of active ingredients, or none; may be improperly processed within the body (e.g., absorption by the body); may contain ingredients that are not on the label (which may or may not be harmful);:or may be supplied with inaccurate or fake packaging and labeling,...,"

Sometimes, absence of registration can also render a drug fake!

Registered Drugs = those recognised by the approving body as standing for what they claim to be.

Since 1991 such a body in Nigeria is National Agency for Foods and Drugs Administration(NAFDAC). This Agency gives numbers to the drugs they approve.

This is called NAFDAC Numbers.

Unregistered Drugs: Those drugs not registered by NAFDAC. Absence of this registration could render a drug fake

Presence of NAFDAC Numbers confirms genuineness of a product , but its absence does not automatically pronounce a product as fake. Why?

Orphan Drugs. What are they?

"...An Orphan drug is a pharmaceutical agent that has been developed specifically to treat a rare medical condition, the condition itself being referred to as an Orphan disease.

The assignment of orphan status to a disease and to any drugs developed to treat it is a matter of public policy in many countries..."

Some examples are some rare Vaccines, Specialised Surgical drugs, or just about any drugs, medicines or medicament that NAFDAC grants such orphan status per time.

Orphan drugs are warranted for sales in Nigeria without NAFDAC Numbers.

* Prescription Drugs & Over -the -Counter Drugs.

Prescription Drug require Doctor's writing(properly called "Prescription") before a patient can access it.

Only Registered Pharmacies are permitted by law to handle Prescription drugs.

The actions and uses of Prescription drugs are not normally advertised on their external package; they are reserved for the packet inserts only.

This category of drugs does not require a doctor's prescription to access. Anybody can walk in and buy them. These are usually confined to drugs that treat minor ailments like Pains, Headaches, Coughs,etc.

Since there is no extra supervision before consumption, the Law makes it mandatory for all OTC drugs to carry well-defined information on its " Action & Uses". This must appear on the external packet, among other places.

These are outlets registered to sell only patent medicines. In Nigeria their licence does not cover the sales of prescription drugs. The long - established " commercial" name for patent medicine shops in our country is " CHEMISTS", even though such appellation actually belongs to the Pharmacy profession!

These are outlets where all drugs, all medicines, even poisons can be sold freely. Properly called "Pharmaceutical Chemist Shop", this type of registered facility must be manned by a resident, superintendent Pharmacist.

* Side Effects & Toxic effects of Drugs.

Side Effects: Mild negative reactions provoked by the administration of a drug.... Headache, mild skin conditions, Nausea, etc. These are normally mild, and almost invariably disappear when the " offending" drug is discontinued.

Toxic Effects: More grievous , even, sometimes, life - threatening, reactions occasioned by drug use. This could even involve permanent organ damage, and, hence, may not be reversible even after stopping the drug.

Drug abuse is " Compulsive, excessive, and self-damaging use of HABIT - FORMING drugs or substances, leading to addiction or

Habit Forming. What is that?

" Habit forming Drugs are stimulant or narcotic substance (such as alcohol, cannabis, nicotine, or a derivative of coca or poppy) which produces a state of arousal, contentment, or euphoria..."

Dependence or Addiction: : Continued or excessive use (called drug abuse or substance abuse) of these habit forming substances causes addiction or dependence.

Tolerance.: The longer these drugs are used, the less the effects derived from a given dose. So, the user must increase the dose continually in order to keep harvesting his "Highs". This phenomenon is called Drug Tolerance.

Withdrawal Syndrome. Any attempt to discontinue the use of habit - forming drugs results in specific reactions such as sweating, vomiting, and tremors which cease when the use is resumed. This one is referred to as Withdrawal Symptoms.

Habit - forming/Controlled drugs must have NAFDAC Numbers, but in Nigeria, since 1988, the agency that regulates them is National Drug Laws Enforcement Agency(NDLEA).

Naturally, all such controlled drugs are also Prescription drugs. Hence, only pharmacy shops are licensed to sell them.

What are illicit or Banned Drugs?

Drugs that are not used legally for the treatment of any sicknesses or diseases.

all over the world. These items do not come under any registration protocols at all!

Why Illicit drugs are banned.

" The changes that these drugs make to the brain are long-lasting and damaging, overtaking everything else in the user’s life. Eventually, it becomes difficult to stop using illicit drugs without professional help. .."

How they affect the Brain and Body.

When a person takes an illicit drug, the chemical floods the brain’s reward circuit with dopamine. The reward circuit controls feelings of pleasure that naturally come from life-sustaining habits such as eating and sleeping. Drugs create a high that mimics these feelings, leading to users taking more and more of the same or similar substance.

Eventually, the brain becomes tolerant to the drug, and needs larger quantities of the substance to achieve the same high. The user is then unable to experience feelings of pleasure in anything except the drug, creating addiction. …"

Note: A drug is only called an illegal /banned drug where its production and/or use is prohibited. For instance, Canada legalised Cannabis just this week(on Tuesday 16 October!), and so must now remove Marijuana from her own list of illicit/ banned items.

DRUGS ARE NOT YOUR FRIENDS!

Warnings: Be very careful with drugs - all Drugs. Handle drugs with extreme care!

A. …”Nearly 80% of all drugs given to children have little or no value at all. This is because the two most important childhood diseases, diarrhea and respiratory illnesses, being mainly viral in nature, cannot respond to any of the agents being unleashed on children….and each of these agents is harmful”-- World Health Organisation(WHO)'

B. ”Routine use of multivitamin preparations on children is simply a waste of money. Children who receive balanced diet & ALL babies on EXCLUSIVE BREAST FEEDING are very unlikely to suffer from vitamin deficiency" -- World Health Organisation (WHO)

C. "...One of the country's most popular over-the-counter painkillers — acetaminophen - also KILLS THE MOST PEOPLE , according to data from the federal government.....

* "...As it turns out, acetaminophen can be toxic to your liver EVEN AT RECOMMENDED DOSES when taken daily for just a couple of weeks.

* ...Acetaminophen, ...may be AMONG THE MOST DANGEROUS medicines on the market. I'm sure this comes as a surprise to most of you, as virtually every single household keeps a bottle on hand for the occasional ache and pain, and doesn't think twice about taking it.

Not thinking, it turns out, could cost you dearly...".

In Nigeria the name for acetaminophen is PARACETAMOL!! Yes, "Ordinary" Panadol!!

Natural/Herbal Drugs are better than Synthetic ones. Why do I say that?

I. Because natural Products have Little or No Side Effects. How do we mean?

According to Dr James Duke, PhD, this is because " their numerous Constituents Work In Tandem. No conflict, no competitions among the constituents.... The healing power of herbs is generally not due to any singular molecular compound, as is the case with synthetic drugs. It is rather due to the herb's unique combination of constituents, the sum total of which is thought to be considerably more effective than any of the individual ingredients....an orange contains some 150 NEUTRACEUTICALS, of which the almighty Vitamin C is just one plain tree in the rich forest..."

He says, " Convectional Drugs enjoy INCREDIBLE SUCCESS in acute microbial infections, and also in SYMPTOMATIC MANAGEMENT of fevers, pains, and inflammations. But they are very deficient in dealing with chronic DEGENERATIVE diseases, like diabetes, Arthritis, Cancers, CNS/GIT Disorders...."

iii. ".. Medicine (read synthetic drugs!)has not actually been fighting illnesses like cancer, stroke, diabetes, hepatitis, etc. It has been intervening at the point of symptoms, the LAST VISIBLE STEPS in the complex cascade of biochemical events. And it has been doing it largely by trial and error..." Dr Michael Lemaneck .

Epilogue. FOOD IS THE ONLY SAFE "DRUG".

So, even when all things fail, try Food.

* "The human body is its own best healer, provided that it gets good nutrition, proper rest....Let your food be your medicine, and your medicine your food" - Hippocrates of Cos(Father of Medicine), more than 2,500 years ago!.

* " The doctors of tomorrow will use no medicines, but interest his patients in the care of the body frame, in diet, and in the cause and prevention of diseases.- Thomas Edison.

* "The human body is very amazing! If you can give it what it needs, it can fight off almost anything before it becomes a problem" .-Dr Lorraine Shonebak.