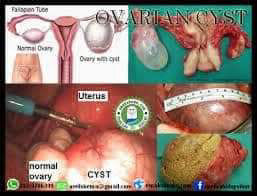 FIBROIDS . HOW TO SHRINK FIBROIDS NATURALLY WITHIN 3 MONTHS!

* Fibroids are common noncancerous tumors that grow in the wall of the uterus.

* Exceedingly common, they affect up to 80 percent of women by age 50 and can cause heavy painful periods, pelvic pressure, frequent urination, and infertility.

* Generally, uterine fibroids are asymptomatic and many women go on for years before either experiencing any symptoms or being diagnosed.

* In case of symptoms, sufferers may complain of pelvic pain, bloating, abdominal pressure, and pain during intercourse while cramps, menstrual pains and bleeding are more prolonged and severe than usual.

* Fibroids typically occur in women of childbearing age and are rare in those who have passed menopause or who are at pre- menstrual age.

Causes of Fibroids. The Mainstream View.

* "... This condition may also be genetic. You’re at higher risk if your mother or sister has fibroids.

* The causes of fibroids include high levels of estrogen and low levels of progesterone due to obesity,hypothyroidism, perimenopause or low-fiber diets.

* A Link between Fibroids & Relaxer use?!!

"..A new study in the American Journal of Epidemiology has linked hair relaxers to uterine fibroids, as well as early puberty in young girls.

Scientists followed more than 23,000 pre-menopausal Black American women from 1997 to 2009 and found that the two- to three-times higher rate of fibroids among black women may be linked to chemical exposure through scalp lesions and burns resulting from relaxers...."

(;Editor: Did anybody remember to factor in their sugar/processed carbs "abuse" also?

See these excerpts from "METABOLIC SYNDROME LINKED TO UTERINE FIBROID RISK" By Alicia Armeli, a Registered Dietitian, Nutritionist, and Certified Holistic Life Coach, with Master’s degrees in both English Education and Nutrition.

"...Nearly 35% of all US adults have metabolic syndrome, also known as syndrome X—a condition made up of different cardiovascular disease risk factors that collectively increase the likelihood of chronic diseases like diabetes, heart disease, and stroke.

And according to a recent British and Finnish study, metabolic syndrome could also increase the risk of uterine fibroids.

To better understand underlying causes of fibroids, researchers at the University of Oxford and the University of Oulu, used health data from over 3000 women who participated in The Northern Finland Birth Cohort—a population-based prospective study that included ALL INDIVIDUALS BORN IN 1966 in the Northern Finland area. All women included in the study underwent extensive clinical health exams at age 46 and completed health questionnaires by mail.

The results were presented earlier this year at the 32nd Annual European Society of Human Reproduction and Embryology in Helsinki, Finland, and showed that

* as triglyceride and LDL cholesterol (often referred to as the “bad” cholesterol”) levels rose, so did the risk of fibroids.

* The authors also noticed that FIBROID RISK CLIMBED WITH EACH CENTIMETER OF EXPANDING WAISTLINE. High triglyceride levels and a large waistline are both recognized criteria of metabolic syndrome.

* Other signs of metabolic syndrome include high blood pressure, high fasting blood sugar levels, and low HDL cholesterol (often referred to as the “good” cholesterol). A person must have at least three co-occurring risk factors to be diagnosed with metabolic syndrome..."8

For a further lowdown on the evil role of Metabolic Syndrome in the birth of almost all chronic diseases, we tune to Prof.Jason Fung, and Dr Amy Berger in their cerebral work, titled: " Hyperinsulinemia and Insulin Resistance: Scope of the Problem", from The Journal of Insulin Resistance VOL 1, NO 1 (2016).

Here, they use the terms "Metabolic syndrome" "Hyperinsulinemia", & " Insulin Resistance -- aka IR -- interchangeably.

" Hyperinsulinemia or IR... may play the largest causal role in the pathology and progression of the modern chronic diseases.

... Virtually no medical specialty is unaffected by IR. From cardiology to endocrinology, paediatrics, gynaecology, ophthalmology, neurology and more, healthcare practitioners, treating patients from the cradle to the grave, regularly encounter pathological states that result directly from or are exacerbated by IR.

...There are multiple mechanisms through which the pathophysiological cascade initiated by IR may be responsible for the development of such seemingly disparate conditions as T2D, CVD, AD and male and female reproductive abnormalities.

... Insulin influences sex hormone dynamics in both men and women by upregulating expression of the aromatase enzyme, responsible for converting testosterone into oestrogen. This may partially underlie the increasing incidence of gynaecomastia, prostatic hypertrophy or hyperplasia, decreased libido and general sexual dysfunction in men. In women, PCOS has long been recognised as a hyperinsulinemic condition...that frequently manifests along with increased androgens, resulting in hirsutism and other signs of masculinisation,Diseases. as menstrual abnormalities and infertility...

...Hyperinsulinemia and IR are primary underlying factors either causing or exacerbating the illnesses that will bankrupt entire nations. A new treatment paradigm – WHICH IS QUITE DIFFERENT FROM THE ONE CURRENTLY EMPLOYED – is urgently needed...."

How we CURE Fibroids!

By handling Metabolic Syndrome first. . How?

This can only be done via a synergistic alliance of targeted natural products along with an array of customised diets. Here, we call such a regime, Sikamoretree Treatment Approach(STTA).

Presently, we have six(6) Schedules of STTAs that cover a gamut of all named degenerative disease Syndromes.

The 3 Dimensions of all STTA.

A Cure in just 3 Months? Yes, as follows: